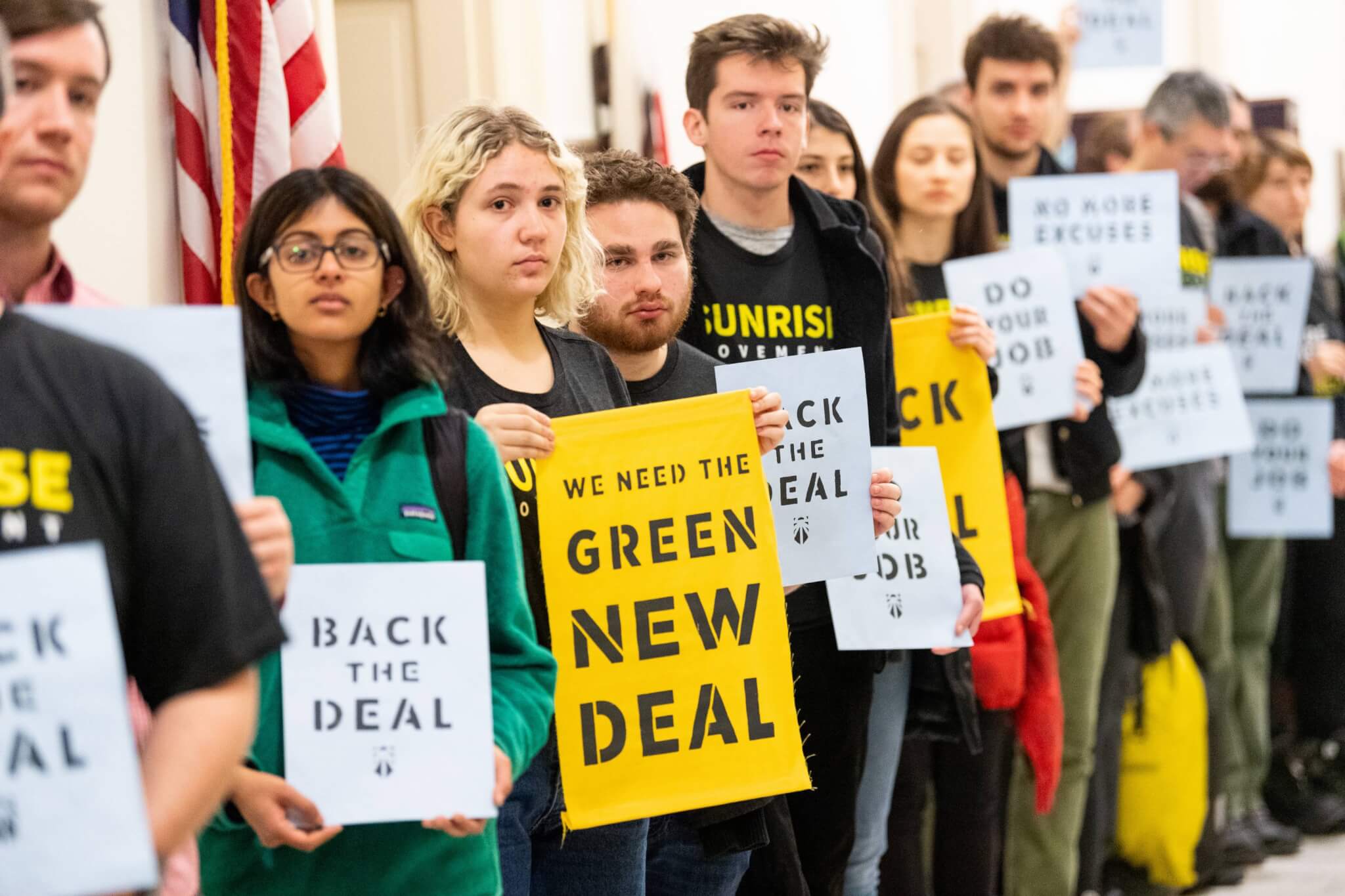 The Revolutionary, Democratic Power of a Global Green New Deal

Join authors and activists Naomi Klein and Astra Taylor in conversation about the struggle for a global Green New Deal and the prospects for a truly democratic and just solution to climate change.

“There is a grand story to be told here about the duty to repair — to repair our relationship with the earth and with one another, to heal the deep wounds dating back to the founding of the country. Because while it is true that climate change is a crisis produced by an excess of greenhouse gases in the atmosphere, it is also, in a more profound sense, a crisis produced by an extractive mindset — a way of viewing both the natural world and the majority of its inhabitants as resources to use up and then discard.”